Positive deviance is about how we can deviate from the norm in ways that are honorable and generative, authentic, and that have positive impact and open the door to others to do the same. Leveraging difference — mobilizing gender identity and minority status in this way — can activate a slew of personal, organizational and societal benefits.
Share

In 2009, Ursula Burns made history when she became the CEO of tech giant Xerox and the first Black female CEO of a Fortune 500 company.

Reflecting on her career and achievements as an “outsider” thriving in corporate settings, Burns had this to say to CNBC in 2022: “My natural comfort is being the only or the few in a room. I became very good at playing in that space …. If I raised my hand in any meeting, almost surely, it was called on. You’re so different that, at least in open spaces, they can’t ignore you.”

Ursula Burns is a prime example of exhibiting what Darden Professor Laura Morgan Roberts would describe as positive deviance1  — the characteristic of a person or organization that deviates in some way from the standard and uses difference as an asset or a resource that can be leveraged to advantage. As a concept, positive deviance has been gaining traction in behavioral science; as a tool for driving change, it has enormous potential, says Roberts.

“The notion of deviance, of course, is tied to something that doesn’t fit the norm,” she says. “And in the workplace, the norm for power and leadership has traditionally been white, cisgender male. If you don’t belong to this specific sociodemographic category and you aspire to have agency, power or leadership, you’re already deviating from the norm in some way. Positive deviance, in its essence, is about how we, as individuals and organizations, can go ahead and deviate from the norm but do so in ways that are honorable or generative or both — that have positive impact and open the door to others to do the same.”

For women in the workplace, in leadership and in powerful positions, mobilizing gender identity and minority status in this way can activate a slew of immediate or personal benefits — among them, creating positive impact in an organization, performing better individually and delivering greater value. But leveraging difference can also have the broader benefit of challenging negative stereotypes and building more positive images of women in positions of power and influence, says Roberts.

Women in Leadership:
Read more insights in the white paper 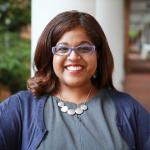 She has identified four different strategies that those who embrace positive deviance use, which can serve as inspiration to others.

Of course, causing waves in any way, even in the practices of day-to-day working life, can feel daunting, Roberts acknowledges.

Positive deviance calls for some measure of courage and confidence. The key, she says, is to have clarity about your values — what you are prepared to stand for and where you are prepared to make certain trade-offs. That and a rooted belief in yourself, and in your difference as a woman as something that is valuable and meaningful.

“Advocating for women’s rights — and proactively against things like sexual harassment or media exploitation — is gutsy, and it’s not the kind of thing that you can just dip your toe into and hope to remain on the shore. You have to be prepared to jump right in at the deep end,” says Roberts. “And that’s not for everyone.”

However, there are strategies with which one can leverage strength as a woman.

“You don’t have to be hugely disruptive or speak out against power structures if it’s not for you. By simply bringing different parts of your identity,2  it is possible to find more elbow room and space in your organization while contributing to a more textured understanding of gender equity,” says Roberts. “The key is to ask yourself: What are your values? What can you advocate for? And are you prepared to look at some small changes that you can help enact that would make an important difference to you and to other people within your organization?”

The preceding is drawn from Women in Leadership, a white paper featuring evidence-backed techniques and tools that leaders can leverage to reconfigure the playing field — for themselves and others.

An expert in diversity, authenticity and leadership development, Roberts’ research and consulting focuses on the science of maximizing human potential in diverse organizations and communities. The author of more than 50 research articles, teaching cases and practitioner-oriented content aimed at strategically activating one’s best self through strength-based development, her work has also been featured in global media outlets. She has also edited three books: Race, Work and Leadership; Positive Organizing in a Global Society; and Exploring Positive Identities and Organizations.

Prior to joining Darden, Roberts served on the faculties of Harvard Business School, Georgetown University McDonough School of Business and Antioch University’s Graduate School of Leadership and Change.