Since the global financial crisis of 2008, many American banks have dealt with publicity crises and a tarnished public image. Wells Fargo, however, was one banking giant that never required a public bailout and managed to come out of the crisis relatively unscathed, making its self-inflicted phony accounts scandal several years later all the more dramatic.

Trouble started brewing in December 2013, when The Los Angeles Times released a story detailing the results of its investigation that examined the intense sales culture pervasive throughout Wells Fargo’s retail bank. The Times revealed the overwhelming pressure to sell that retail employees faced and the unethical business practices of unwanted accounts and falsified client signatures that resulted.

The results of a subsequent regulatory review led by the Consumer Financial Protection Bureau (CFPB) were announced in September 2016, with devastating results for the bank.

Blame was placed on the bank’s intense corporate sales culture, and much was made of then-CEO John Stumpf’s repeated charge for retail bankers to place a lofty eight accounts in each consumer’s hands.

Over the next few weeks, the bank and Stumpf endured harsh criticism from politicians, journalists and former employees alike, with Stumpf facing two congressional hearings and intense questioning from angry lawmakers. Despite repeated apologies, these events ultimately forced Stumpf’s resignation. 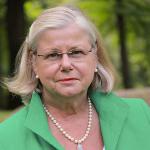 Leadership Communication: Crafting a Strategic Narrative
Persuade and inspire, even through disruption and crisis
Learn More

On the same day the CFPB announced its $100 million fine, the bank attempted to get in front of the news, announcing an action plan that would help prevent future attempts to create unwanted products or services.  The bank vowed to refund customers for any fees associated with the fraudulent accounts, promised to relieve employees of any intense sales pressure by moving to a more service-based culture, and opened an internal investigation examining how the fraudulent practices had gone unnoticed for so long.

And yet the damage had been done. As newly appointed CEO Timothy Sloan sought to minimize the public image backlash and restore general trust in Wells Fargo, he struggled to construct the best communication strategy for the bank’s next chapter, and the company continued to be pilloried by analysts, the media and politicians.

While scandals both large and small require thoughtful and honest communications from top executives, the words must be accompanied by action. Stakeholders first want reassurance from leaders that they recognize the damage that has been done and that the situation has been contained.  Then, stakeholders want guidance on the organization’s plans to resolve the issues. Wells Fargo needs to reaffirm its mission and values established 160 years ago through both word and action if it hopes to continue to boast of being “one of few U.S. public companies of that vintage that still is in business under its founding name.”

This article is based on the case Wells Fargo Circles the Wagons: Communicating During a Crisis (Darden Business Publishing), by Darden Professor June A. West and Senior Case Writer Jenny Craddock.

West is an expert on organizational communication, particularly during times of change.

West was instrumental in the 2003 inception of the Darden/Curry Partnership for Leaders in Education (PLE) to strategically combine the most innovative thinking in business and education to provide education leaders with skills necessary for managing schools. West served as the academic director and continues to be active in the PLE’s School Turnaround Specialist Program, now the most established turnaround program in the country.

She is the university faculty liaison to the FBI National Academy in Quantico, Virginia. West also directs a Darden faculty team that teaches in the summer orientation program for the Secretary of Defense Corporate Fellows program that places active-duty military officers in corporations for a one-year fellowship.

West has consulted for many organizations, including the Louisiana Department of Education and Mississippi State University Colleges of Business and Education.

Communicating Through a Crisis: Wells Fargo Circles the Wagons

How to Avoid or Recover from Identity Theft: Resilience Education ">

How to Avoid or Recover from Identity Theft: Resilience Education