Social mobility in the U.S. is increasingly rare. How does that play out in the workplace? Contrary to the arguments past studies posed about workers coming from lower social class positions, the upwardly mobile are just as likely as their high-class counterparts to speak up and share ideas at work. So what could be the barriers to advancement?
Share

If you rise out of humble circumstances, are you less likely to speak up at work? Less likely to challenge authority? To toss out innovative ideas?

Using survey evidence from a prestigious tech firm, an archival dataset tracking social class across decades, and an experiment, new research from Darden Professor Sean Martin finds that upwardly mobile people who come from lower class backgrounds are just as likely to speak up at work as those who come from and have remained in privileged positions. This overturns old assumptions that people who come from disadvantaged backgrounds carry them as liabilities for the rest of their lives or are loath to take initiative.

What Does Limit Voice

“Prior research has argued that people who come from low social class positions may be less likely to speak up, but what this paper finds is they don’t appear to be, at least not the upwardly mobile. They speak up just as much as their high-class counterparts do,” Martin says. “This makes sense with what we know about efficacy theory: If you have prior past success you can point to, it builds your confidence for the future and in this case, elevates the sense that your voice matters.”

However, Martin and colleague Spencer Harrison of INSEAD did find that people from lower social class backgrounds still faced challenges being heard within organizations. Though they are just as likely to speak up, they are less likely to be asked to give input in the first place.

“What appears to limit voice from the upwardly mobile is not their individual views of their capacity, but rather the opportunities provided by managers,” Martin and Harrison write in “Upward Mobility, the Cleft Habitus and Speaking Up: How Class Transitions Relate to Individual and Organizational Antecedents of Voice,” published in the Academy of Management Journal.

And that, according to Martin, is a big missed opportunity. People who have worked their way up in life often have uniquely valuable contributions to make.

“Social class transitioners possess unique cultural knowledge and skills that could make them highly influential as cultural connectors and network brokers,” he notes.

“Social class is an interesting form of diversity,” Martin reflects. “It’s a spectrum, and people can transition from one position to another — perhaps more easily than they might transition from other [diversity] categories.” 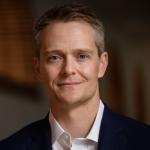 The Perils of ‘Fit’ and Class Signals

Over the past seven years, Martin has investigated how social class affects leaders and employees.

His past research has shown that growing up and remaining wealthy relates to uniquely high feelings of entitlement compared to those who have had more exposure to lower social class positions, and that parental income during one’s upbringing relates to their levels of narcissism and subsequent leadership behaviors. Other research suggests that people from lower-class backgrounds may have qualities that lend themselves to being good leaders. They show greater generosity and empathy to strangers. They may be more likely to make ethical decisions. As well, there doesn’t seem to be any evidence that those from lower social class positions perform any better or worse than those from higher social class positions.

He and Harrison used a vignette study in which participants chose which architect they would ask for advice in building high-end homes. There was the upwardly mobile “Clark,” who had gone to a state public school then gotten a graduate degree at MIT. Clark liked fishing and country music. The alternate choice was “Cabot,” who had gone to both undergrad and grad school at MIT. Cabot liked sailing and classical music. Both men had an equal number of years working in the profession.

Study participants opted to get input from Cabot significantly more often than they did from Clark. This aligned with Martin and Harrison’s thesis that managers tend to weigh status markers and to give people with elite backgrounds more of a voice in organizational matters.

Beyond the Usual Suspects: Advice for Management

Data show that social mobility in the U.S. is increasingly rare. Though they have unique and useful perspectives, people who come from poor or lower-class backgrounds are paid less than well-heeled peers for the same work, their longevity and health prospects are worse, and they are more likely to report feeling exhausted and isolated.

It’s a bad thing for both business and society. After all, neglecting diverse voices is detrimental to organizations, too. To solve tough problems, “We need input from people in different class positions, with different lived experience and different ideas about how to solve problems,” Martin says.

He notes that it’s imperative for managers to understand how people get a voice within an organization.

“Consider who you are lowering barriers for — by actively seeking input — and who you may be unconsciously expecting to jump over barriers,” he says. Speaking up means getting past barriers, as it requires bravery and a willingness to ruffle feathers, be wrong or receive rejection.

“Managers can lower those barriers by saying, ‘Tell me what you think’ or ‘Hey, I want your input,’” Martin suggests. “Seek out ideas from people you don’t usually ask. Go beyond the usual suspects. Because right now we seem to be lowering the barriers for those who come from privilege — and expecting the upwardly mobile to jump over those barriers.”

Darden Professor Sean Martin co-authored “Upward Mobility, the Cleft Habitus and Speaking Up: How Class Transitions Relate to Individual and Organizational Antecedents of Voice,” which appeared in the Academy of Management Journal, with Spencer Harrison of INSEAD.