Professor Doug Thomas discusses supply chain and argues that executives’ focus must shift to balance the historical commitment to efficiency with a renewed commitment to resiliency.
Share

The COVID-19 crisis exposed the fragility of global supply chains. It was the perfect storm; a global stressor, the pandemic meant halts and delays to manufacturing and transport, closed borders, heightened geopolitical tensions and workers stuck at home.

Coronavirus was not the first shock to global supply — many industries were hit similarly hard after the 2011 Japanese earthquake and tsunami, for instance — and it won’t be the last. But it does strengthen the case for bolstering continuity of supply of crucial components.

Companies have for decades chased the holy grail of ever greater efficiency, sacrificing resilience and robustness. Executives have searched for the most cost-efficient ways to service the final market, with labor cost arbitrage and local specialisms creating a fragmented global value chain.

Doug Thomas, the Henry E. McWane Professor of Business Administration at the Darden School, argues that executives’ focus must shift to balance the historical commitment to efficiency with a renewed commitment to resiliency. “Intentional action led to historical cost efficiencies as well as the vulnerabilities that are being exposed by COVID-19,” he says.

Take the shortage of computer chips that car plants rely on to make infotainment systems, power steering and brakes. The chips crisis forced automakers to cut production and is expected to cost the global industry $110 billion, laying bare the danger of relying on “just in time” production.

Intentional action led to historical cost efficiencies as well as the vulnerabilities that are being exposed by COVID-19. - Doug Thomas, Henry E. McWane Professor of Business Administration

The Executive Program (TEP):
Develop the agility and resilience to lead through disruption and digital transformation in today’s complex marketplace
Learn More

And that’s not the only way the pursuit of efficiency at all costs presents risks. Supply chain optimization has centralized trade flows through key arteries such as the Suez Canal, Thomas points out, which carries about 12 percent of global trade. Rerouting vessels around Africa adds substantial time and cost to voyages, but reliance on one route can be devastating for trade. In March 2021, a skyscraper-sized container ship was stuck in the Canal for almost a week, creating a backlog of 422 cargo containers and livestock transporters.

One response to vulnerabilities has been to source from more suppliers internationally in order to mitigate supply chain risk. Thomas sees merit in this method, but he cautions that it’s not so simple: Diversification could be prohibitively expensive for companies, especially in complex industries like auto-making. Even if diversification is affordable, firms must ensure that the diversification actually mitigates risk. “Employing two different contract manufacturers on two different continents may not mitigate risk if a key input to the manufacturing process comes from only one location.”

Another approach to overcoming vulnerabilities has been to bring production back home, something that politicians are pushing for. In response to issues that arose during the pandemic, the Japanese government created a $2 billion fund to help companies examine their supply chains and potentially reshore or diversify globally, but initial uptake was low.

U.S. President Joe Biden signed an executive order aimed at strengthening the resilience of supply chains, including reducing America’s dependency on foreign states for critical products like semiconductors and medicines. But Thomas points out that while resilience in these critical supply chains can be increased, there will always be some dependency on foreign sources for certain inputs: “Some reshoring will make sense, some of it won’t.”

America’s effort to build up national supply chains reflects rising U.S.-China tensions, dubbed the “new Cold War.” The cooling of relations between the two economic superpowers has led some companies to shift from suppliers in mainland China — which has long been considered the world’s factory — to other Southeast Asian markets, such as Vietnam and Indonesia.

“The places that stand to benefit will be developing countries with governments that are acting to create a conducive environment to attract multinational corporations,” says Thomas. India launched a $6 billion scheme to provide short-term subsidies for goods made in the country in an effort to make the cost of manufacturing more competitive with rivals, including China.

Thomas notes, however, that some of China’s technical capabilities and infrastructure give it an edge that is hard to replicate. “In electronics, unwinding China’s dominance is hard, as companies have large capital investments that are hard to move.” He adds that China is a massive consumer market, and companies may want to manufacture there to sell as well as to buy goods. And China’s state-sponsored Belt and Road Initiative continues to build infrastructure and trading links across the globe.

Thomas says executives are learning to navigate a geopolitical environment that is more hostile to global trade, as evidenced by vaccine nationalism and Brexit. He expects political lobbying to intensify among the largest companies — while geopolitical risks disadvantage the small businesses that form the backbone of the U.S. economy. They create two-thirds of net new jobs.

Another aspect of supply chains for corporations to consider is due diligence when it comes to suppliers, especially into their ESG standards, as governments increasingly introduce obligations over issues such as labor rights. Even if selecting suppliers based on ethical considerations raises prices in the short term, Thomas sees sustainable sourcing as a competitive advantage, especially with equity and bond markets, as well as a growing consumer segment, discriminating sharply in favor of companies with strong ESG scores.

This phenomenon is already leading to some difficult decisions on sourcing, he points out. H&M and Nike have faced a backlash from Chinese state media and e-commerce platforms over the companies’ rejection of cotton produced in Xinjiang, the western Chinese region where some estimates suggest a million Uyghurs have been detained, sparking a global outpouring of concern.

There is a wider societal consideration when it comes to thinking about supply chains. Thomas points out that freer cross-border flows of people along with goods, capital and information have lifted many hundreds of millions of people out of poverty, even raising global life expectancy by almost a decade. Yet globalization has meant stagnant wages and worsening inequality for many. A mixture of global and local production seems the most likely way for companies to reap the benefits of the best of both worlds.

Acting in the Present, Shaping The Future: Leaders In Unprecedented Times
Rise to the Challenge.
Read Now
About the Expert

Step Into Web3: 4 Questions for Businesses to Consider ">

Step Into Web3: 4 Questions for Businesses to Consider

A Web3 Primer: 7 Concepts You Need to Know 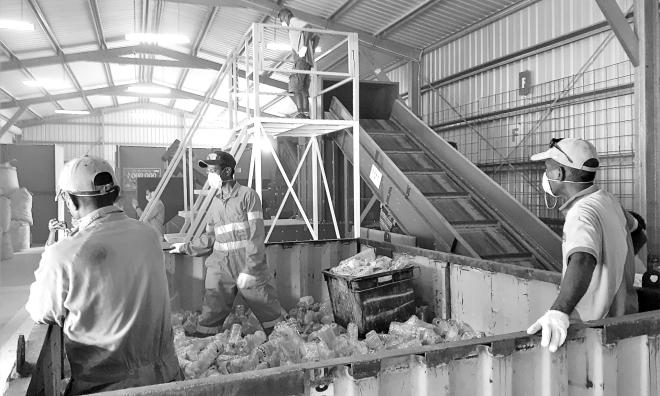