Opportunity zones offer investors the chance to reduce capital gains taxes by investing in areas high in poverty. But the legislation came with a small window of opportunity, and critics see a lack of visible development thus far. What’s the greatest chance of success for residents and investors? How can the challenges be overcome?
Share

In many neighborhoods, the first sign of change comes in the form of heavy machinery. Wrecking balls, bulldozers, construction cranes and cement trucks herald renovation and renewal to the people who live down the block from the changes. While to community residents these developments may seem to suddenly appear, to those who make their livings from development — investors, city planners, real estate developers and economic experts — this is simply the next stage in a process underway for months or years.

Opportunity Zones: What They Mean for Neighbors and Developers

“Opportunity zones,” part of the 2017 Tax Cuts and Jobs Act, provide a break on capital gains tax for investment in 8,764 neighborhoods across the U.S. The goal of the legislation is to increase large capital investments in areas — both urban and rural — with high poverty rates, with the hope of spurring “economic opportunity, job growth and prosperity for those who need it most.”

Critics of opportunity zones have pointed to the lack of visible development — the remaking of neighborhoods and skylines — in poor areas as a failing of the program. Recently The New York Times argued that the tax plan was driving investment into neighborhoods with median household incomes well above the national average. However, the lack of development in poor areas may signal a long-term, deliberative process, rather than neglect on the part of investors and developers; the absence of construction cranes should not (yet) be seen as a failure of opportunity zones.

In fact, the greatest chance of success to create the economic vitality that benefits both current and future residents in these neighborhoods will only come through dialogue with the current residents.

After studying revitalization efforts in 11 cities across the U.S., Chris Benner, a professor at the University of California, Santa Cruz, and Manuel Pastor, a professor at the University of Southern California, found that communities that spur equitable development for all of their citizens do it through deliberative efforts that put professionals — those real estate developers, government officials and economic experts who actively profit from development — on equal footing with residents, who bring expertise in what it means to live in the community. This is no small insight: When community residents are at the center of conversations about how to remake their neighborhoods, all parties involved reap economic benefits.

Regardless of whether investors and developers prioritize equitable development, listening to community residents is a method of mitigating risk. Since 2001, the Goldman Sachs Urban Investment Group has invested over $6 billion in marginalized neighborhoods that were eventually designated opportunity zones. Over the years, the group has learned that for its investments to succeed, it needs to have a holistic plan that includes residents. Margaret Anadu, head of the Urban Investment Group, summed it up this way: “Even if you don’t care about impact, you should probably care about risk management. So at the end of the day, if you are going to invest in a business or real estate project [in a distressed community], it should be one that people in that community want and are going to utilize and is going to be productive.” Academic research bears this out: One study found that supermarket projects planned for food deserts were more likely to fail when they skipped community engagement.

Not only does taking time to engage with residents in opportunity zones increase the likelihood of equitable development and reduce risk of project failure, it addresses one of the major concerns of opportunity zones: gentrification.

When critics talk about the potential of gentrification, they mean more than physical displacement due to rising rent prices. They also reference the social, cultural and political displacement that comes when community outsiders make decisions on behalf of residents who have lived in a community for decades. Community residents benefit from many of the changes that come with investment in opportunity zones — more job options, more housing choices, lower crime, better access to amenities and necessities — but they want to have a voice to shape how those changes become manifest in their neighborhoods. When neighborhoods come to reflect outsiders’ visions of what makes a good neighborhood, historic community residents become marginalized in their communities.

Even with thoughtful and deliberative community engagement, many issues remain for opportunity zones to be successful. Challenges inherent in impact investing — deal flow and size, exiting and monitoring, to name a few — must also be addressed for opportunity zone investment to succeed.

In addition, the window for investment to maximize the tax benefit is relatively short, which works against the kind of community engagement work that is necessary for equitable development.

Some organizations are getting around this time constraint by partnering with organizations that have deep roots in communities now located in opportunity zones. For example, The Rockefeller Foundation announced a partnership with Local Initiatives Support Corporation (LISC), a national organization that has been working for 40 years with community residents to revitalize their neighborhoods. LISC already has the social collateral of connections and trust in the areas in which they work, and the partnership with The Rockefeller Foundation will build capacities in six cities so that opportunity zones can be used in a way that keeps community members at the center of the work.

The impact of opportunity zones in America’s distressed areas remains to be seen. The potential to spark economic revitalization for communities is great, but opportunity zones will not be judged on that alone. As John Falcicchio, interim deputy mayor for planning and economic development in Washington, D.C., said when he laid out the terms of success for D.C.: “We will no longer judge ourselves just by the cranes in the sky, but also by the roots we keep in the ground.”

This article was developed with the support of Darden’s Institute for Business in Society, at which Megan Juelfs is associate director of research initiatives. 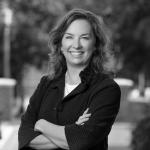