From the Civil War and Reconstruction to Martin Luther King Jr. and Richard Nixon to Jay-Z and Killer Mike: Darden experts discuss the history of minority depository institutions, the integral service they provide diverse communities and the challenges that still exist.
Share

The history of banks’ service to racial minorities has some unfortunate challenges: Financial providers have had to account for early financing of the purchase of slaves, through redlining, to more recent scandals of charging higher mortgage rates to black and Hispanic customers than to their similarly credited white patrons. In addition, minority business owners seeking loans tend to face more requirements, as well as less guidance in the pre-application phase. Access to financial resources is a continuing journey, and an increasing number of voices have recognized the linkage between finance and wealth disparities, including political candidates, social commentators and even entertainers. The artists Jay-Z and Killer Mike went as far as to start the #BankBlack movement in 2016, calling upon thousands to open savings and checking accounts as a means of supporting minority-owned institutions.

Minority-owned banks have existed in the U.S. for centuries; even before the Civil War, freed slaves were creating their own informal financial collectives. While they face distinctive difficulties, minority-owned banks continue to provide a unique function today: equitable, tailored support to diverse communities.

Federal efforts to support minority banking have a long history, beginning in the Civil War when the Union Army created military savings banks for black troops. Post-war Reconstruction policies included the construction of the Freedman’s Savings Bank in 1865, meant to serve African Americans in the tumultuous post-war period. With a customer base largely composed of recently emancipated slaves struggling with poverty, these banks had to surmount incredibly difficult circumstances. Southerners adamantly resisted Reconstruction policies, and that resistance ushered in the era of Jim Crow and end of the Freedman’s Savings Bank in 1874. While government support evaporated, many of the banks persisted.

Despite the short-lived nature of Reconstruction, minority-owned banking remained important throughout the Civil Rights movement. In 1968, Martin Luther King Jr. advocated for the patronage of black banks, saying, “We’ve got to strengthen black institutions. I call upon you to take your money out of the banks downtown and deposit your money in the Tri-State Bank … We begin the process of building a greater economic base,” during his Memphis “I’ve Been to the Mountain” speech. Dr. King’s call to intentionally invest in community banks still resonates with activists today, vividly foreshadowing Killer Mike’s recent invocations to #BankBlack.

A year later, then-President Nixon created the Minority Bank Deposit Program, an attempt to spur growth by granting minority banks favored access to federal funds deposits. In 1989, these banks became federally recognized under the Minority Depository Institution (MDI) category by the Financial Institutions Reform, Recovery and Enforcement Act and are defined as: “(1) 51 percent or more of the voting stock is owned by minority individuals; or (2) a majority of the board of directors is minority and the community that the institution serves is predominantly minority” (“minority” defined by the FDIC as “Black American, Asian American, Hispanic American or Native American”). Classification as an MDI comes with technical assistance and other support to sustain and grow these institutions. In the case of mergers and acquisitions, this program also provides incentive to preserve the minority character of existing MDIs. Governmental recognition and accompanying benefits combine to promote the creation of new MDIs.

MDIs provide financial services to minority communities, as well as small-business lending to subsidize investment in minority-led firms. Some notable banks include the black-owned Harbor Bank of Maryland, the Hispanic-owned Banco Popular and the Asian-owned East West Bank in California, which maintains over 50 branches.

These institutions provide an integral service in an industry with a history of discrimination within larger corporate banks. Barriers in the banking system also disproportionately impact minority small business owners, who are more likely to cite fear of rejection as the reason for not applying for a loan. By situating themselves within minority communities and hiring employees of similar backgrounds to the average customer, these MDIs foster a dependable atmosphere and sense of trust. For those who do not speak English as their first language, minority banks make financial growth accessible and attainable. Those who may not otherwise fully utilize banks may then be encouraged to establish and build wealth through financial services. MDIs provide a necessary service, especially in lower-income and lower-wealth minority populations, paving a pathway towards equitable financial services. Although they are a small section of the financial sector, they share a goal with all who are invested in progress.

This article was developed with the support of Darden’s Institute for Business in Society, at which Gregory Fairchild is an academic director, Megan Juelfs is associate director of research initiatives and Salem Zelalem is a research assistant. 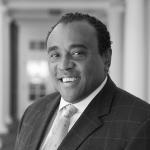 Minority-Owned Banks: Past and Present

How Companies Blow It: Whistleblowing, Facebook and the Double Problem ">

How Companies Blow It: Whistleblowing, Facebook and the Double Problem

The Stakeholder Podcast: Save the Children and the Evolution of Business ">

The Stakeholder Podcast: Save the Children and the Evolution of Business

Rise of the Machines: AI and the Future of Business ">

Rise of the Machines: AI and the Future of Business

The Power of an Education Exchange ">

The Power of an Education Exchange