In Darden Professor Ed Freeman’s recent book with Oxford Professor Dominic Scott, Models of Leadership in Plato and Beyond, the two professors explore Plato’s ideas on leadership and how his ideas can be applied to modern business leadership principles.
Share

Whether we call someone a teacher, a manager, a coach or a parent, we often characterize others by titles that indicate their roles as leaders. But have you ever wondered what type of leader you are? An ancient Greek philosopher may help you shed some light on that.

In Darden Professor Ed Freeman’s recent book with Oxford Professor Dominic Scott, Models of Leadership in Plato and Beyond, the two professors explore Plato’s ideas on leadership and how his ideas can be applied to modern business leadership principles.

Plato didn’t try to develop a single definition for leadership, nor which specific leadership qualities may work in all circumstances. Instead, he noticed different features or principles of leadership and highlighted them through intuitive metaphors that provide us with easy-to-imagine “models of leadership.” And even though Plato was writing over two thousand years ago, many of these models will still resonate with us today.

What Model of Leadership Fits You Best?

The Doctor is someone who can expertly diagnose sources of disorder or conflict within a group, propose unifying solutions and maintain social equilibrium. Doctors are credible, selfless and aim to promote the well-being of their followers by pushing them to pursue realistic long-term goals, rather than short-lived ones. This leader faces the task of persuading followers to follow a prescribed course of action so as to “cure” systemic problems.

Example: Indra Nooyi, former PepsiCo CEO, who reoriented the company to promote its success in the long term.

The Navigator is an individual who can help steer followers through the worst of storms. Navigators are particularly attuned to their environments and are especially keen at anticipating future challenges, as well as managing the consequences of unintended obstacles. Navigators’ resolve, rationality and social influence make them inspirational figureheads, and while some may not understand the Navigator’s expertise, this leader isn’t afraid to stand out. Plato also introduces a variation on this model called “The Captain,” whose main difference is the tendency to look inward rather than outward, focusing on uniting the crew and heeding their desires to pursue collective goals. A great leader may be a combination of these two.

Example: Frederick Douglass, an abolitionist who mobilized civil rights activism and helped chart the path to an end to slavery.

The Artist is a free-spirited and innovative thinker, able to cultivate and set in motion their own unique vision of the future. Artists are detached from societal constructs, putting into question the supposedly unchangeable nature of current systems and proposing to others a new system in which harmony, order and justice are paramount — an ideal which they themselves espouse. Because artists are trailblazers, they face the challenge of overcoming the constraints of former ways of thinking — which may mean building from the ground up in order to realize their visions — but their integrity and passion paints them as a source of inspiration for others.

Example: Elon Musk is a technological visionary who fits many of the Artist’s characteristics.

The Teacher is someone knowledgeable who engages openly with followers in order to expand those followers’ horizons. Teachers tend to be sensible, generous and intellectually respectful, exchanging ideas with others while simultaneously pushing them out of their comfort zones. In offering up their unique expertise and challenging preconceived notions, Teachers may encounter a “perspective gap” between themselves and their pupils that leads to resistance. Nevertheless, Teachers aim to promote mutual understanding by welcoming interrogation and stimulating debate.

Example: Mikhail Gorbachev, whose ideas were inflammatory to many but urged Russians out of complacency and spurred the disintegration of the USSR.

The Weaver is skilled at bringing together very different kinds of people, encouraging both soft-tempered and strong-headed individuals (aka “doves” and “hawks”) to be unified in the pursuit of common goals. Weavers are tolerant of differences but promote shared values among their diverse followers and may remove detractors where necessary. Overall, Weavers promote cooperation and are able to unite courageous and reserved personalities due to their own uniquely balanced perspectives.

The Sower is a wise and humble leader who plants great ideas within those that surround them. Sowers allow their words to take root in their followers, be cultivated and form a legacy for future generations. A Sower empowers others to think independently and take up new initiatives, recognizing the importance of stepping back to allow others to adapt their ideas with time.

Example: Marie Curie’s scientific discoveries created a paradigm shift in the scientific community and led to the development of X-rays.

A Shepherd is someone who is dedicated to the “flock’s” well-being and assumes a protective and caring role for followers. However, the nature of Shepherds’ intentions could be ambiguous, as they may seek the well-being of their followers as a means of benefiting themselves. This leader is individualistic, practical and skilled at influencing others.

Example: Uber Co-Founder and former CEO Travis Kalanick asserted that Uber protected and valued drivers — but also expressed a desire to eventually cut drivers and move toward the use of self-driving cars to maximize profit.

Did You Find One That Matches Your Leadership Approach?

Don’t worry if you don’t fit neatly into one of Plato’s specific leadership models. It’s likely that your typical leadership style is a combination of multiple models (e.g., Sower-Teacher), as is the case with most people. Plato understood that there were many features to leadership and that individuals could exhibit different leadership styles at different times in their lives or in different circumstances.

What kind of leader will you decide to be?

The preceding is drawn from R. Edward Freeman and Dominic Scott’s Models of Leadership in Plato and Beyond (Oxford University Press).

This article was developed with the support of Darden’s Institute for Business in Society, at which Catie Taphorn is a research assistant. 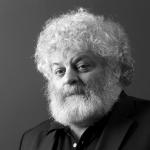 What Type of Business Leader Are You? Plato’s 7 Leadership Models

Redressing the Praise Deficit: Women in Leadership and Leveraging Your Best Self ">

Redressing the Praise Deficit: Women in Leadership and Leveraging Your Best Self