In 2000, the Canadian government extended parental leave by an average of 5 ½ months. As a result, women who gave birth on or after 31 December 2000 could take up to a full year away from work with complete job protection, through a combination of maternity and parental leave.

Does job protection such as this result in more entrepreneurship? UVA Darden Professor Ting Xu and collaborators Joshua Gottlieb (University of Chicago) and Richard Townsend (University of California, San Diego) had a hypothesis: Since most new mothers in the United States return to regular employment after three months, it was possible that Canadian new mothers would use the substantial additional leave to consider entrepreneurial career paths, even with a new child in the household. The team analyzed the data from Canada’s policy change and found that when career risk is not a concern, a significant — statistically and economically — percentage of jobholders become entrepreneurs.1

In seeking to understand the relationship between job-protection policies and entrepreneurial activity, Xu and his collaborators saw Canada’s parental-leave reform as a fitting natural experiment. Since the sharp increase in parental leave had occurred over a single day, two groups of mothers — those who gave birth just before the cutoff date and those who did so right after — would be statistically similar in every way except one, the length of their leave. This “discontinuous” change would allow researchers to isolate the new policy’s effect on the leave-takers’ behavior.2

The research team identified the two groups of women by consulting Canada’s 2006 census data. They then compared the groups by computing the fraction of self-employed women in each (self-employment served as an indicator of entrepreneurship). Using a sophisticated statistical approach called regression discontinuity design, they found that the longer job-protected leave increased the entrepreneurship rate among new mothers by 1.9 percentage points.

Since these mechanisms are not limited to Canadian mothers, the researchers believe their findings apply beyond this group. In their recent paper, they speculate about the possibility of job-protected leave in Silicon Valley, which could enable inventive employees to try out technology venture ideas without worrying about negative career consequences. A leave policy like this has, in fact, existed in Sweden since 1998 — employees there can take up to six months’ unpaid leave to start a business. This unique labor right has often been attributed to Sweden’s success as a leading entrepreneurial nation in Europe.

Job-protected leave policies are not the only way to mitigate career risk. A well-functioning and flexible labor market can help much more broadly. Business schools, too, provide a unique setting with low career risk. Students enrolled in a full-time MBA program get two years away from employment, and they do so without being penalized by the labor market. They can use this opportunity — something similar would be hard to find once they graduate — to explore entrepreneurial paths. Business schools, on their part, should foster an enabling environment that boosts students’ chances of entrepreneurial success.

Xu stressed that their finding was not a policy recommendation for longer parental leaves per se. While such leaves may benefit individuals and society, they also come with costs to employers — and both need to be considered with care when formulating policies.

In the discussion of the myriad hurdles that aspiring entrepreneurs face, career risk deserves more attention. Xu and his collaborators have shown that mitigating this risk can unleash considerable entrepreneurial energy. In the United States, where the rate of new firm formation has been declining for decades and developing more founders is an economic urgency, this finding can inform the design of creative policies.

Speaking of the entrepreneurs in their study, Ting Xu said, “Their entrepreneurial activities were not just short-lived experiments. We found they were likely to create incorporated ventures that survived for years and created multiple jobs. Policymakers should find this economic contribution particularly encouraging.”

This article was developed with the support of Darden’s Batten Institute, at which Asif Mehedi is associate director of research and faculty support. 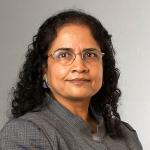 BUY THE TECHNICAL NOTE
About the Expert

Xu is an expert in entrepreneurial finance, fintech, and family firms, with special research interests in crowdfunding, barriers to entrepreneurship, and the governance of family firms. Not only has his work been published in leading academic journals, it has also been featured in news outlets including Bloomberg and Politico.

Before coming to Darden, Xu taught corporate finance at the University of British Columbia. He holds a Ph.D. and bachelor’s degree in finance and a master’s in economics.

Entrepreneurship in China: The Rise of Female Billionaires ">

Entrepreneurship in China: The Rise of Female Billionaires