Climate change is one of the most challenging problems of our time. Yet for the last two years, more effort has been put into dismantling climate change policy in the United States than creating it. The recent introduction of the Green New Deal by Democratic U.S. congressional leaders on the left has renewed hope among some that Congress might get us back on track. The reality is that the climate change clock is still ticking, and it’s more likely that private industry will move faster than legislators to make meaningful progress toward climate goals.

The Green New Deal resolution, introduced on 7 February 2019 by Representative Alexandria Ocasio-Cortez (D-NY) and Senator Ed Markey (D-MA), is audacious and controversial. While it has been a lightning rod for many conservative critics, it has been effective at delivering a strong call to action, bringing the climate discussion back to the forefront of policy debate. It proposes that the federal government create a legislative framework to:

Most policymakers would be hard pressed to argue against the Green New Deal’s noble intentions. The debate now is whether federal policy is the appropriate lever to accelerate the shift toward a more equitable and clean economy and, if so, where to focus investment.

The resolution garnered the support of almost 100 House co-sponsors and a dozen Senate Democrats; unsurprisingly, conservatives labeled it as socialist. Yet, there are signs of division among the Republican base on the climate issue, and several policymakers are talking openly about carbon pricing, even proposing carbon-tax legislation. There is new appetite for climate policy on the Hill, and if policy were focused on outcomes more palatable to both sides, then maybe real progress could occur.

The Green New Deal is ambitious and highlights the herculean mobilization needed to mitigate climate change. Indeed, decarbonization must happen across all major sectors — energy, transportation, industrials, and agriculture — if we are to have a chance of limiting global warming to less than two degrees Celsius. We’re not talking about incremental change, but significant investment in cleaner, cutting edge technologies that forces a shift in products and services as well as lifestyle. We need substantive and disruptive innovation across all of these sectors.

Research conducted in support of Darden’s Business Innovation and Climate Change Initiative suggests that significant innovation is happening, albeit at different rates of adoption depending on sector.  Automobiles and electricity generation are well on their way to decarbonizing. While government intervention may not be needed to jump-start innovation, policies could remove infrastructure barriers and accelerate market transformation. Slower-moving sectors, such as industrials and agriculture, would benefit from an infusion of federal government-funded R&D to help bring down costs and commercialize clean technologies.

Shifting the lens to advancing clean-technology innovation and deploying a set of strategic federal actions that encourage public and private sector investment in new products and services, while creating the workforce of the future, could help to build the clean economy and establish the United States as a global clean technology leader.

Role of the Private Sector

The reality is that any federal policies regarding climate change likely won’t be passed anytime soon, given the current political environment. Bold policy initiatives, such as the Green New Deal, are reinvigorating the climate discussion and putting pressure on policymakers to take a stand on the issue. Now it’s time to get real and prioritize those policy actions that would more quickly decarbonize our economy.

Last year Darden released a Policy Playbook that identifies six policy actions that could be most effective in catalyzing innovation to address climate change. These include building the utility of the future, creating a national green bank, and, interestingly, developing a New Deal with a focus on clean technologies. At the core of all of these actions: innovation. Recognizing that leadership most likely won’t come from the federal government, the playbook suggests a bottom-up approach for moving the needle on climate change. It further identifies stakeholders that could step into the leadership role, including private industry and state and local governments.

Thankfully corporations and entrepreneurs aren’t waiting for policymakers to figure it out and are taking the lead on accelerating clean technology R&D and commercialization. One example is Microsoft co-founder Bill Gates’ Breakthrough Energy initiative, which brings together investors, global corporations and financial institutions to fund and commercialize new clean-technology ventures across the industrial, energy transportation and agriculture sectors. Private industry leadership like this will be critical to more quickly bring new technologies to market.

Is there a role for the federal government? Yes. To tackle climate change we need all hands on deck. But policymakers ought to be strategic about where federal policy will have the most impact, and the private sector can help guide legislative efforts in this way.

This article was developed with the support of Darden’s Batten Institute for Entrepreneurship and Innovation, at which Rebecca Duff is senior research associate for the Business Innovation and Climate Change Initiative. 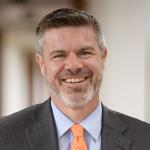