Coronavirus is driving a permanent shift in working practices, with major corporations planning for a hybrid approach that sees employees split their work hours between home and the office in the longer term. Professor Lynn Isabella shares her insights.
Share

Coronavirus is driving a permanent shift in working practices, with major corporations planning for a hybrid approach that sees employees split their work hours between home and the office in the longer term.

The employers hope the hybrid model will empower staff to do focused work remotely, while enabling them to achieve a better work-life balance. That means workplaces will probably shrink and become destinations for collaboration, innovation, networking, coaching, and socializing — HSBC and Lloyds Banking Group anticipate cutting floorspace by 40 percent and 20 percent, respectively.

But the root-and-branch reform of working patterns is driven by bottom-up pressures as much as it is by top-down. Microsoft surveyed 30,000 people from across the globe and found that 70 percent want flexible remote work to continue, while 66 percent of business leaders are planning to redesign office space to better accommodate hybrid work.1

Lynn A. Isabella, the Frank M. Sands Sr. Associate Professor of Business Administration at the Darden School of Business, says that companies cannot put the genie back in the bottle. “We’ve turned a corner, and it’s going to be hard to go back to the way things were,” she says. “There are many things people have come to like about remote working, including the reduced commutes that make it easier to balance their professional and personal lives.”

But there are risks that come with hybrid working. Potentially, teams and processes could disintegrate as workers set their own schedules. And in some cases, two-tier workforces may form, with remote workers left out of decision-making and informal water-cooler conversations.

Complete freedom is counterproductive, argues Isabella, who advocates instead for some degree of harmony as the office becomes more about collaboration than focused work. “Rather than setting any old schedule indiscriminately, there needs to be some thought given to ‘community hours’ when everyone is together, so you can have those kinds of interpersonal connections and managers can ensure accountability,” she says.

In large part, presence and working patterns will depend on the nature of the individual’s role and how it intersects with those of colleagues.

“We’ve turned a corner, and it’s going to be hard to go back to the way things were,” she says. “There are many things people have come to like about remote working, including the reduced commutes that make it easier to balance their professional and personal lives.” 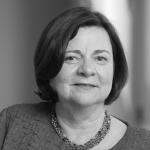 There are, for example, specific jobs that need to be performed on-site, including those that need access to specialist facilities and equipment, as may be the case with scientists in a lab. Other jobs might be best performed on-site because of the focus on collaboration, as when marketing executives coordinate an advertising campaign.

But plenty of roles can be performed effectively from home, including accountants doing solitary bookkeeping, software engineers working on code, or call center workers who follow clearly defined processes and scripts.

Some U.S. banks, including Goldman Sachs and JPMorgan Chase & Co., are bringing workers back to the office on a permanent basis, arguing that remote work has cost them clients, but Isabella suspects it’s more about ensuring compliance in a heavily regulated industry.

There have been attempts to monitor employees, as companies have access to far larger amounts of personal information than ever before, but this has provoked a fierce backlash from employees, who expressed concerns about “big brother” surveillance.

Monitoring makes little sense to Isabella, who says we must benchmark employee performance based purely on output and not input in terms of hours worked: “Time spent is not a performance measure.”

The design of office space is also going to have to change to accommodate hybrid work. Pre-pandemic, Isabella says the trend was open-plan offices for individual work and meeting rooms for collaboration. That design is likely to reverse as employees use open offices for collaboration and those responsible for individual outputs use private spaces when it’s time for focused work.

“If we want people to collaborate with one another, we need to put them near each other,” says Isabella. “So the design of the office is going to have to be taken much more seriously in the future because of the impact it’s going to have on interaction between employees.”

The onus will be on managers to make this work. “In a hybrid workforce, leaders become more like coaches and facilitators than command-and-control generals,” she says. “That shift has already started. The focus now is on making sure people feel psychologically safe and that we appreciate all members of the organization, independent of where they come from and where they are.”

Isabella believes that leaders will need to define the contours of the new world of work for everyone’s benefit.

The preceding appears in Acting in the Present, Shaping the Future: Leaders in Unprecedented Times, a white paper produced by Darden Executive Education & Lifelong Learning.

Acting in the Present, Shaping The Future: Leaders In Unprecedented Times
Rise to the Challenge.
Read Now
About the Expert

Isabella is an expert in leadership and how people think about change. She is an authority on leading and managing in a global environment and in competency in global leadership. As a teacher, consultant and executive coach, she teaches individuals and companies to develop talent and organizational effectiveness. Her research focuses on questions of developing personal leadership expertise, leading change as a middle manager and on the events that shape individual careers and propel organizational change.

Isabella is co-author of the books Alliance Competence, Leader and Teams: The Winning Partnership and The Portable MBA, Fifth Edition.

The Tao of Strategy: 12 Principles and 4 Action Directives ">

The Tao of Strategy: 12 Principles and 4 Action Directives

The Enactment of Courage ">
Image