Professor Martin Davidson writes on Diversity, Equity and Inclusion and how corporate America will chose to invest in progress.
Share

When a shocking video emerged of the killing of George Floyd, an African American man, at the hands of a white police officer in May 2020, it triggered a racial reckoning. It also led to institutions publicly decrying systemic racism, with many companies issuing messages of solidarity with the subsequent global protests, led and amplified by the Black Lives Matter movement. Not only that, but businesses were forced to confront their own poor records on race, and it became clear that leaders needed to do more to tackle racial disparities in their own companies.

They made bold pledges, with corporate America promising to spend $50 billion on racial equity, according to a study by Creative Investment Research. These pledges were to benefit civil rights groups, targeted investment into communities of color, and overhauls of internal recruitment and training programs. Yet only about $250 million has actually been spent or committed to a specific initiative thus far, igniting cynicism about the sincerity of the pledges — especially in the midst of the pandemic, which worsened the financial outlook for many companies.

“My sense of it is the jury is still out,” says Martin N. Davidson, Johnson and Higgins Professor of Business Administration at Darden. “Some companies have taken it more seriously than others, but a year to create real change is not a lot of time. Even so, they should at least be laying the groundwork for sustained progress.”

Time will ultimately tell whether firms live up to their monetary pledges, and much more needs to change for companies’ rhetoric to become reality. But Floyd’s murder certainly sparked a massive effort on corporate diversity, equity and inclusion.

“You want to have the people you bring in thrive and advance, unencumbered by biases and discriminatory policies.” - Martin N. Davidson, Johnson and Higgins Professor of Business Administration

In the whirlwind of attention around racial issues, companies have taken to the public stage. Some use the power of their platforms to spread awareness, and some have even been dragged into political battles — though most prefer to lobby behind the scenes and stick to broad statements of principles in public. Change is afoot in supply chains, too, with companies demanding more responsibility and accountability from their suppliers and outside service providers, including accountants, law firms and headhunters.

Davidson, however, urges business leaders to address inequalities in their own institutions first before straying into public issues. “It doesn’t mean what they have to offer won’t be beneficial to others,” Davidson says. “But I do think they should take care of their own houses first before they start telling other people what to do.”

Some of the world’s biggest companies have indeed been quick to set hiring and promotion targets, and they have also been forthcoming with their workforce data, reporting detailed demographic information that has highlighted the lack of diversity among senior officials and managers in the U.S. Yet other companies have resisted such disclosures, raising concerns over their lack of transparency. Regardless, there’s room for improvement for all of the above.

“It’s clear now the best thing companies can do is create systems and structures that put in place people and resources to do the work, and also hold people accountable for getting the job done,” says Davidson, noting the ascendency of the chief diversity officer role. “You can also create incentives,” he adds, with some companies tying executive pay and bonuses to diversity and inclusion metrics.

Davidson, who is not only on the faculty but also senior associate dean and global chief diversity officer at the Darden School, points out that too many companies focus on simply getting diverse talent through the door and not enough on ensuring talent development and career progression, a challenge that compounds the lack of diversity at the top of organizations. “You want to have the people you bring in thrive and advance, unencumbered by biases and discriminatory policies,” he says.

Davidson highlights mentorship and sponsorship as potentially effective policies for nurturing diverse talent, along with unconscious-bias training for executives. “You need to create a culture and climate shift by fostering greater collaboration and having those difficult conversations about race, gender and other sensitive differences,” he says. “You also need to coach diverse teams to work well together. These actions, taken in concert with structural changes, can make a notable difference.”

For Davidson, finding allies throughout the organization is another key to accelerating progress. “Many people became passionate and outraged by the Floyd murder, and with earnest hearts, they said, ‘I am going to step in and do something,’” he observes. “It’s a very important role, one that is going to help make this work stick.”

Yet allies can overstep their mark, and there is little understanding about what makes for good allyship. Davidson offers his insight: “Becoming a great ally means grounding yourself in your identity as someone with privilege. Another essential component comes down to fundamental interpersonal interactions, coaching and support skills. The third piece is the importance of gathering critical information about these issues.”

“The events of recent years very strongly highlighted the issue of equity and the importance of embracing it because it’s the right thing to do,” says Davidson. “But that rationale is hard to sustain; there was not enough emphasis on the business case.” It’s important to note that alongside the moral imperative, the business case for diversity is well-established.1  And diversity in the workplace is hugely beneficial to companies in terms of access to talent, innovation, and creating new business processes and markets, among other factors.

Clearly, more needs to change to tackle systemic racism and address racial inequalities in the workforce, and Davidson sees businesses playing an important part on that front. “What matters most is that companies are uniquely positioned to provide scaffolding and support that allows people to keep at it,” he says. “That’s the thing that is going to be most important, because it’s tiring, exhausting work. There are already conversations about ‘diversity fatigue.’”

Davidson urges businesses and individuals to stay positive about the future. “There is some backlash and overt racism, but oftentimes that is as much about getting the poison out of the system as it is something that is inherently negative. I’m optimistic that in time we’ll see ongoing, continual change and progress,” he says.

“I think equity will be achieved; it’s not an if, it’s a when,” he says. “The momentum for change expands beyond companies and organizations; it’s in the zeitgeist. 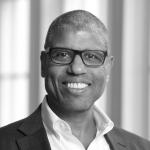 Free Webinar
Get to Sustainable Diversity, Equity and Inclusion
Register Now
About the Expert

Davidson is an expert on global leadership with an emphasis on how to manage diversity to generate superior performance — an approach he pioneered called Leveraging Difference. He wrote the book on diversity in business, The End of Diversity as We Know It: Why Diversity Efforts Fail and How Leveraging Difference Can Succeed. He’s experienced in helping senior leaders develop the skills they need to thrive in global environments.

Davidson consults with a host of Fortune 500 firms, government agencies and social profit organizations. He has served as chief diversity officer for the Darden School, and as the national chair of the Gender and Diversity in Organizations Division of the Academy of Management. Davidson writes a blog called “In My Opinion,” found at www.leveragingdifference.com.