Issues of governance: It’s easy to focus on issues as they arise, rather than long-term vision and getting ahead of problems. A case that shows the importance of focusing on mission, strategy and communication with stakeholders: USA Track & Field, a nonprofit that oversees sports, training and events for professionals, coaches and students.
Share

Nonprofits can be exceptionally difficult to govern.

For one thing, governance in the not-for-profit world comes with a delicate balancing act that directors have to navigate: Ever more ambitious missions and goals bump up against near-constant competition for limited resources and funds. Meanwhile, all decisions and activities are prone to scrutiny not only from community members and constituents, but also financial donors.

But perhaps one of the most complex challenges in nonprofit governance is the need to serve and manage a breadth of stakeholders and diverse constituents, all of whom have different priorities and different needs. Board members of nonprofits have to constantly juggle myriad responsibilities and objectives, perspectives and opinions.

Managing the inevitable tensions that arise can result in a cycle of fire drills — a scenario in which directors are constantly battling crises or one-off issues that end up detracting from long-term goals, stymying progress, and nudging even the most well-meaning organization off course.

This has been the experience of USA Track & Field (USATF), a nonprofit organization that oversees track and field sports, training programs, and events for professional and amateur athletes, coaches and college students in the U.S.

USATF currently has approximately 130,000 members — including kids, elite professional athletes and masters runners (ages 35+) — all of whom come under the purview of the board of directors. In early 2020, that board was facing a series of independent fires that together had the potential to become a major conflagration.

Nonprofit organizations in the U.S. are required to annually disclose tax and compensation information as a matter of course. When USATF published its tax filings in April 2020, it was revealed that CEO Max Siegel was awarded $1.2 million in salary and bonus compensation and an additional $3 million in retirement and other deferred compensation in 2018. In total, this put Siegel’s compensation package well above the levels paid to the heads of other similar organizations. The news prompted a swift and intense backlash in the media. In a sport in which many professional athletes struggled to make ends meet, Siegel’s compensation did not sit well with the athletics community.

Adding to USATF’s woes was ongoing controversy around a $500 million, 23-year sponsorship deal with Nike that had been signed a few years prior. While proponents lauded the deal for providing necessary resources for many of USATF’s activities, others were concerned about the level of influence Nike had gained over USATF and the sport. USATF’s financial reliance on Nike raised questions about conflicts of interest in the organization’s decision-making and accusations of favoritism toward Nike-sponsored athletes.

Meanwhile, pressure was mounting from the United States Olympic and Paralympic Committee (USOPC), which had launched a crackdown on sports governing bodies in response to the sexual abuse scandal in U.S. gymnastics. Among the changes demanded by USOPC was a call to reorganize USATF’s governance. In effect, the USOPC’s requirements would reverse a governance policy that USATF members had recently organized to change.

On top of all this, COVID-19 hit the U.S. in spring 2020, putting an immediate stop to all in-person events and postponing the 2020 Olympics. For USATF, as for countless other organizations at the time, the pandemic brought unprecedented uncertainty about the future.

Learn more about governance and how to provide clear direction to stakeholders in the Darden Business Publishing case. 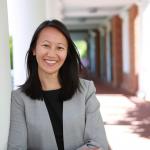 These issues — CEO compensation, fundraising strategy and the implementation of governance policies — all fell under the board of directors’ discretion and raised a host of questions for the board to consider.

Should the board scale back Siegel’s compensation package? Paying top-of-market compensation allowed USATF to attract and retain top-of-market talent, but had pay gotten too far out of alignment with other nonprofits? Could these resources be better deployed toward other organizational needs?

Had USATF’s relationship with Nike gotten too cozy? Did the organization need to diversify its funding sources? Could a broader array of sponsors help to grow the sport?

And last, USATF’s members had tussled with the USATF board for years to gain more of a voice in the organization’s operations. In their eyes, the USOPC’s requirements would be a major setback in the strides they had recently made. Should the USATF board make other governance changes to enhance the representation of USATF members on the board?

While these questions could be seen as separate issues for the board to tackle, the catalyst underlying many of these tensions was that USATF’s management had started to operate the organization much like a private sector, for-profit organization. Competitive pay packages, a major sponsorship to fuel aggressive growth and expansion, and decision-making power tilted toward management rather than membership were all consistent with this type of model.

This model was not necessarily problematic in of itself, but a critical piece of their strategy was missing: alignment across the full board and USATF’s stakeholders about whether this was the appropriate direction for the organization. As a result, USATF’s board found itself stuck in a cycle of fire drills — constantly focusing on individual issues, putting out isolated fires one at a time and managing constant backlash. How could the board break out of the spiral?

A better approach might have been to get back to the basics first: get everyone on the board aligned with respect to USATF’s vision and mission, and the appropriate strategy to fulfill that mission. There were many different ways in which the organization could achieve its goals. Was USATF going to operate by concentrating funding sources and decision-making power or was it going to operate by expanding funding sources and member input?

To get everyone moving in concert, it’s imperative to agree on a shared strategy that helps individuals prioritize between competing needs and guides how they choose a path forward among different options. Clarity around an organization’s strategy will provide a consistency and a logic in decision-making that can then be more easily communicated to and interpreted by external stakeholders.

Boards of directors in any sector or business model have a breadth of responsibilities to oversee and stakeholders to consider. As a result, it can be all too easy to put on blinders and to focus on each issue that crops up over the course of a week, month or year.

But doing this engenders a real risk, a risk of shifting and drifting from a long-term vision, mission and direction. It also makes it all the more difficult to get ahead of challenges as they arise.

Even when directors agree about what they want to accomplish, if they lack alignment around how it will be accomplished, tensions will inevitably arise as stakeholders question why certain decisions were made. This is where strategy comes into play.

When an organization seems to be veering off course, these are four broad principles to consider to get a board back on track:

Ultimately, it is the board’s responsibility to oversee an organization’s activities and to ensure that it is fulfilling its mission.  This entails a near-constant stream of complex decisions. Setting and communicating a clear strategy around what purpose an organization will serve and how it will get there is the roadmap that keeps the board’s actions on track.

USATF’s actions were consistent with what it called an aggressive sports-business model, but the continual backlash it faced reflected the fact that its board members and constituents were not in agreement about how the organization should achieve its goals. Had the board been able to articulate the rationale for why it had selected this strategy — and had it taken the time to build alignment around this direction — it might not have needed to field so many fire drills over recent years.

An expert in strategic leadership, Cheng’s research focuses on corporate governance and top management teams. Specifically, she studies how board directors and executives shape strategy, governance and performance through her examination of the nuances of boardroom deliberations and executives’ attributes. Her work has been featured in mainstream media outlets including The Wall Street Journal, Bloomberg, Fortune, CNBC and Harvard Business Review.

Prior to joining Darden’s Strategy, Ethics and Entrepreneurship area, Cheng received a Bachelor of Arts in economics from Wellesley College. She then served as an economic consultant before earning her Doctorate in Business Administration in strategy from Harvard Business School.

USA Track & Field: To Field Challenges, You Need the Board on Track

The Gift of Gratitude ">

The Gift of Gratitude