How to address ethical dilemmas effectively: The Giving Voice to Values (GVV) approach helps individuals recognize and act on their values in the face of conflict — more than theory, it’s about practicality. In a new book edited by GVV pioneer Mary Gentile, experts Ed Freeman and Brian Moriarty discuss GVV and the pragmatic philosophy of John Dewey
Share

We’ve all been in situations at work in which we were asked to do something we felt was wrong — maybe a boss asks us to fudge some sales figures, or a colleague asks us to keep a secret from another co-worker. In these scenarios, we often “freeze” and go along with what’s expected of us, rather than confronting the situation head-on to come up with a solution that fits with our values. For these kinds of situations, Darden Professor Mary Gentile wrote the 2012 book Giving Voice to Values: How to Speak Your Mind When You Know What's Right and developed associated tools to help people live their values in the workplace. The Giving Voice to Values (GVV) approach helps individuals recognize, clarify, speak and act on their values in the face of conflict.

Pragmatism and Getting Inside the Problem

Now in a chapter in Giving Voice to Values: An Innovation and Impact Agenda, Darden Professors Brian Moriarty and Ed Freeman offer new insights into Gentile’s groundbreaking GVV work by drawing from an older source on ethics — the pragmatic philosophy of early 20th century American philosopher John Dewey. “When Mary’s work came out, it was widely recognized as a step forward in how we teach business ethics,” says Moriarty. “It gets people beyond the questions of what is the right thing to do and asks how you can approach the situation in a way that you can make the most meaningful difference.”

That’s also what Dewey taught in his philosophy, which emphasized the practical results of ethics rather than their theoretical underpinnings, he adds. In their chapter, “Viewing Giving Voice to Values Through a Pragmatic Lens,” Moriarty and Freeman use Dewey’s philosophy as a way to complement Gentile’s work and help people better thread the difficult needle of acting ethically in the office — along the way offering new insights into both systems of thought. “Pragmatism is about ‘getting inside the problem’ you are trying to solve. GVV really helps people to do this,” says Freeman, University Professor and Elis and Signe Olsson Professor of Business Administration. “It’s too easy to just admire the problem — rather than get inside, feel it, and do something positive.”

One of the reasons many people don’t take ethical actions in response to problems, according to GVV, is that they don’t believe they will be successful. The system offers a series of tools people can use to help them improve their chances of success and therefore make them feel more confident to act. “People get very emotional when something matters to them,” Moriarty says. “One of the things that practice does is help them communicate in a way that will be effective, so their tone matches the message they want to convey.” Dewey proposed a similar idea, advocating that people think though the actions they might take in an air of self-reflection, before taking action. “The process of reflection is about engaging our imagination, to do what John Dewey called ‘dramatic rehearsal,’” explains Freeman. “I see GVV as a very practical way to do such dramatic rehearsals.”

One of the tools GVV offers, for example, is an exercise called “A Tale of Two Stories,” in which a person considers times in which they acted on their values and times when they were frozen. “Those times are important, because they help us recognize some of the personal obstacles we have, and then we can think through some strategies to adjust for them,” Moriarty says.

Part of that practice, in both Dewey’s and Gentile’s frameworks, involves connecting with other people. Dewey’s pragmatism teaches that our experience is very much socially conditioned and co-created with others, says Moriarty. “That perspective can help move somebody from feeling like they are some isolated ethical hero into somebody involved in a community with a shared set of values,” Moriarty says. “When people get outside their own heads and share problems with peers, they’re far more likely to act and be successful.”

In that sense, the GVV perspective also resembles Freeman’s own framework of stakeholder theory, helping people think through all of the actors in a situation — how they are related and what they want and need — in order to come up with effective action. “Stakeholder theory doesn't separate ethics problems from business problems or personal problems. They all go together,” says Freeman. “GVV is a method for really dealing with them as they exist, not as some theory says they should exist.”

By practicing rehearsals of possible scenarios, the authors say, people can reduce the feelings of being overwhelmed that can often accompany difficult ethical issues, making them able to focus on the important elements of a situation and address them with agility. “It can help you focus on where you want to rehearse — which conversations are the most important ones, with the highest level of risk — and also what are areas in which you need to do more research,” says Moriarty. Ultimately, he says, the goal is through consistent practice to develop “muscle memory” that, like a baseball player confidently striding up to the plate, will allow a person to authentically address situations as they occur. “I hope that people take away the fact that there are tools and disciplines that can help them better prepare for and handle moral challenges they face in the workplace.”

Professors Ed Freeman and Brian Moriarty wrote the chapter “Viewing Giving Voice to Values through a Pragmatic Lens” in Giving Voice to Values: An Innovation and Impact Agenda (Routledge), edited by Jerry Goodstein and Mary Gentile. Readers may receive a 20 percent discount with the code FLY21. 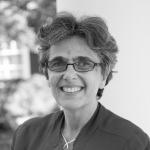 Moriarty is an authority on public trust in business, communicating with stakeholders and business ethics. He teaches in the Management Communication area at Darden, where he previously served as an adjunct lecturer and director of the Institute for Business in Society. Additionally, he served as director of the Business Roundtable Institute for Corporate Ethics, an independent business ethics center housed at Darden.

From 2011 to 2014, Moriarty was selected one of the Top 100 Thought Leaders in Trustworthy Business Behavior by Trust Across America. He is co-editor of the book Public Trust in Business, and his articles on public trust in business and government have been featured in publications such as The Washington Post and Forbes.

Seems Legit: How Phishing Scams Hijack Our Systems of Trust ">

Seems Legit: How Phishing Scams Hijack Our Systems of Trust