How do changing economic circumstances affect the type of leadership needed at each stage of a brand’s life? How can you keep a legacy luxury brand vital as it enters its second century?

As Professor Jay Bourgeois teaches in Darden’s MBA program, in leadership there are few one-size-fits-all solutions. What works well in one context won’t always in another. Case in point: the successes of two of Aston Martin’s most recent CEOs, Ulrich Bez and Andy Palmer.

When Ulrich Bez became CEO in 2000, Aston Martin had never been profitable and had relatively few sales. Founded in 1913, it had been owned by hobbyists who ran it for the love of racing cars, not for the sake of business. Up until 2000, the company had sold only 15,000 cars. Ford, which acquired 75 percent of the brand in 1987, hired Dr. Bez, a former race driver and PhD engineer at BMW and Porsche.

However, the company’s employees were skeptical of a new leader, as previous CEOs had only lasted a matter of months. Additionally, the production facility felt dirty and antiquated; Bez found a half-eaten sandwich under a new car’s passenger seat.

Despite challenges, Bez was able to build a new state-of-the-art facility and achieved profitability for the first time.

How did Bez rev up the company? 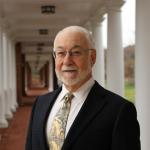 In 2008, global markets tumbled and the economy became unpredictable. As a result, funding from the new shareholders for new projects was limited, and Aston Martin had to cut a significant number of jobs. Bez managed to keep the company afloat during this period.

How did Bez keep the company from stalling out?

After Bez stepped down, Dr. Andy Palmer left Nissan in Japan to become Aston Martin’s next CEO. Aston Martin continued its momentum, and under Palmer’s direction, the company has seen its most successful years yet. In March 2018, Brand Finance, a business valuation and strategy consultancy, named Aston Martin the world’s fastest growing automotive brand — its brand value grew 268 percent from the previous year. By then, Aston Martin had already proven its superlative operating performance, doubling its EBITDA — earnings before interest, tax, depreciation and amortization.

How did Palmer accelerate the company’s success?

What Remains Consistent in Successful Leadership at Aston Martin?

Bourgeois is an expert in business strategy, its implementation, mergers and acquisitions, and post-merger integration. He has consulted more than 100 public and private corporations, nonprofits and governments across the globe.

The author of a forthcoming book on post-merger integration and two books on strategy, Strategic Management: From Concept to Implementation and Strategic Management: A Managerial Perspective, Bourgeois has also written more than 140 cases and articles in Harvard Business Review and other management journals and is among the top 0.5 percent of most cited authors in the field of management. Before coming to Darden, he taught at Stanford Business School.

Roaring Into the Next Century: Lessons in Strategic Leadership From Aston Martin

How to Leverage Virtual Technologies at a Time of Physical Distancing ">

How to Leverage Virtual Technologies at a Time of Physical Distancing

What Leaders Need Now More Than Ever: A ‘Team of Rivals’ ">

What Leaders Need Now More Than Ever: A ‘Team of Rivals’

Leading Mindfully: COVID-19 and the Big Human Pivot, Part I ">

Leading Mindfully: COVID-19 and the Big Human Pivot, Part I

The Coronavirus: Communicating With Virtual Teams ">

The Coronavirus: Communicating With Virtual Teams

Is Your Organization Coronavirus Agile? 10 Tips ">

Is Your Organization Coronavirus Agile? 10 Tips